The client, United Negro College Fund Special Programs Corporation (SP) – works diligently to create connections between the diverse, high-performing workforce of the minority education community and private industry to address the nation’s imperatives. The goal of SP is to provide Minority Institutions (MIs) with capacity-building opportunities; the government and private industry with access to a talented and diverse workforce; and individuals with the experience, exposure, mentoring, and development they need to have successful and empowered careers.

SP wanted to add an eContact module to their Admin section to create a new email campaign to send to their users. 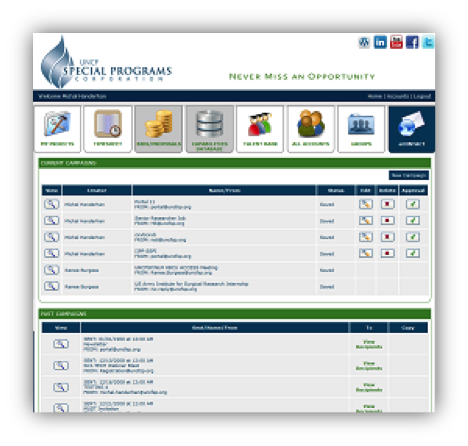